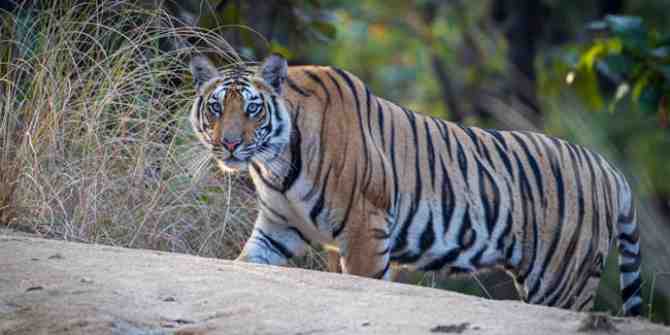 Sadly within 2 weeks a second tiger has been found dead at the Mukundra Hills Tiger Reserve in Rajasthan.  The  four-year-old tigress was found dead 11 days after a male tiger was also found dead in the enclosure. The tigress had given birth to two cubs in May one of who is missing now. She is feared to have died two to three days ago.  Named MT-2, the wild cat was said to be in sound health and a post-mortem report is still awaited, Dr Tejendra Reyad of MHTR said. The other four-year-old male tiger was named MT-3 and was found dead on July 23.  The two deaths in less than a fortnight have raised concerns among wildlife experts who are now questioning the state forest department's monitoring process of the wild animal in the area.  More on this sad state of affairs can be read by following the link below.