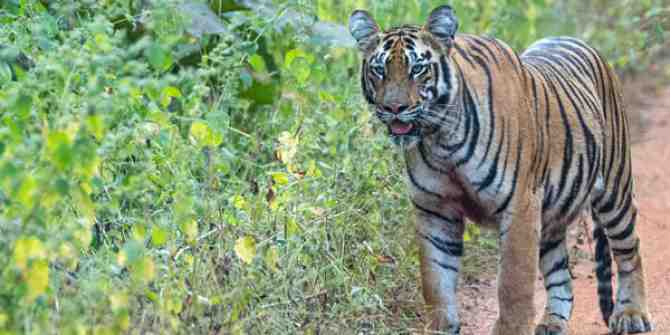 State awaiting go ahead to release Avani's sub-adult cub back into the forest.

Hopefully Avani's cub will shortly be released into the wild.  After failing to release the female cub (T1C2) of alleged man-eater tigress T1 or Avni last year, the Maharashtra forest department has yet again decided to go ahead with the plan this year post monsoon.  T1C2, now a sub-adult tigress, aged two-and-a-half years, has been kept in captivity in a 4.5-hectare (ha) area in Pench Tiger Reserve since December 22, 2018. She was captured around a month after Avni was shot dead by a father-son hunter duo hired from Hyderabad on November 2.  The decision to release T1C2 was taken on Thursday during a meeting chaired by principal chief conservator of forest (PCCF) wildlife with forest officials and the committee constituted in November 2018 to oversee the cub’s capture and behaviour and captivity. However, the forest department needs approval from the National Tiger Conservation Authority (NCTA) before releasing the animal back in the wild.  See link below to read more on this report.