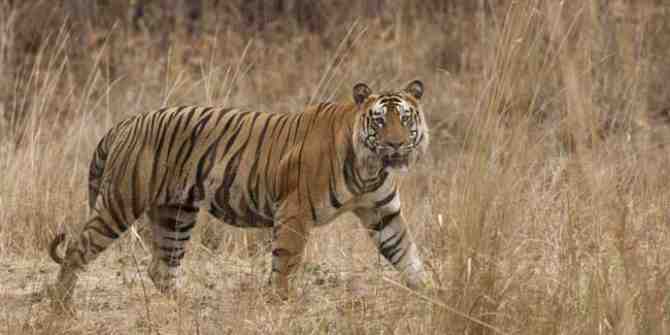 First tiger to arrive at Mukundra

> The first roar of a tiger was heard at the Mukundra Hills Tiger Reserve (MHTR) in Kota district of Rajasthan on Tuesday, with the translocation of a big cat from Ranthambhore.    A three-and-a-half-year-old tiger, RT-91, of Ranthambhore reserve (RTR) was tranquilised by a wildlife department team at Ramgarh Vishdhari sanctuary in Bundi, fitted with a radio collar and transported to MHTR, said Ghanshyam Sharma, Kota chief conservator of forest, wildlife.  “RT-91 was kept in a cage and transported through road in a canter to Darrah wildlife range covering over 100 km,” Sharma said. “After reaching Darrah, the tiger was released in a 26-hectare enclosure.” The tiger will be kept in the enclosure for a week to a fortnight to acclimatise it with the wild of MHTR before releasing it in around 80-square km forest area, bounded by a 32-km-long stone wall and 15-km chain-link fencing, officials said. Two buffaloes and around 2 dozen cheetals have been kept at the enclosure, which RT-91 can prey on.  More on the story can be seen by following the link below